Soldiers had complained of hunger before but none of them what true hunger was. It tore at the insides and left one ready to rip into anything remotely edible. Worse than that was when the hunger could only be satisfied by one thing.

Just the thought of the substance sent his stomach into angry knots. Jin clutched at the ground in an effort to keep his body in place. He was an honorable warrior, proud to serve the emperor, not a monster to give into baser instincts and kill an innocent.

This curse would not ruin him. He would control it. All he had to do was not drink blood and either his body would adjust or he’d die with his honor. The cave was all that hid him from the world and kept away the sunlight that now burned his skin. How he wished to be able to feel the soft warmth of sunlight again but that time was never to come again.

It was a true monster that had passed this curse onto him. Made him into one of the awful Jiangshi, made him crave blood and turned his once graceful movements into jerking hops. But he had kept himself from attacking anyway while he sought out a cave, now he just had to continue the pattern.

But with each night, the hunger grew stronger and his mind twisted. Jin knew that his desertion on the battle field would send others after him but he had used the cover of night to travel further and further away. Desertion was better than killing his comrades for a meal.

He would rather starve and waste away to nothing than to kill the men who fought beside him.

Focusing on that, he crawled his way to the wall of the cave. He would find a way to beat this if only to prove to the world that he could.

Jin never remembered falling asleep but he did remember waking up. A soft voice and the sweetest scent that ever graced his noise startled him into awareness. The cave was still dark but his eyesight had improved with the onset of the curse.

“Are you alright sir?” The young woman drew her hand away from his shoulder but had yet to move more than that. There had to be a reason for her being in the cave but all his mind could focus on was the vein that he saw throbbing in her neck.

It pulsed to a beat of its own, drawing him in with its promise of a taste and the return of his strength.

“Sir?” The sound of her voice drew him out of that dangerous spot and he pressed himself further away from her. No, he could not allow the monster within to win. This girl was innocent; just concerned for a man she found sleeping in a cave.

“I am well, you may go.” He kept his answer short and as rude as he could manage in the light of her concern. It was still light outside the cave and he couldn’t get away from her that way. The cave did not go back much further so it was she that had to leave.

“You do not look well. You’re pale… Come, my grandmother made soup. It will bring the life back into you.”

If only. The thought arose unbidden in his mind and he shoved it back down. Nothing would breathe life back into his body. Only fire would free him from this torment.

Jin couldn’t believe the thoughts in his head. They were either malicious or they turned to a possible suicide to keep himself in check. He was a proud warrior of the Qing Dynasty, he would win. With every intention of turning down the young woman’s offer, he opened his mouth just as her hand came down to touch his forehead to check for a fever.

She smelt divine. His eyes drifted closed as the mix of her sweat and soft perfume wafted to his nostrils but even sweeter was the pulsing liquid beneath her skin. He had known blood to smell foul and metallic but he knew instinctively that the irresistible scent was blood.

Nothing could have prepared him for when the hunger scorched his entire being. A good meal was so close, so easy, and so very alone. It would be easy and enough time would pass before someone looked into a dark cave for her that he could escape.

Before he realized it, his body was already acting upon the darker thoughts. Her soft body was pulled flush against him and his nose ran up the column of her neck, all without him fully understanding why he couldn’t pull away.

It was her scream that awoke him but it did not wake him soon enough. Jin had already sunk his fangs deep into her jugular and by then, it was over. Drinking in greedy gulps, his curse completed itself. Blood was life and power.

And Jin felt more powerful in that moment than he ever had before.

You know, I’m not sure if I got this right. If anyone is more familiar with this particular creature, please let me know what you think. It’s hard to improve without the feedback. 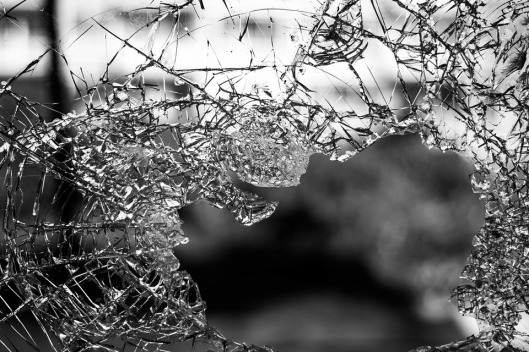 Five minutes was the allocated adjustment period Sergio begrudgingly agreed to. It took pleading from Tori, and a bit from herself, but together they squeezed that much out.

Leora leaned forward till her nose was a breath away from the mirror. Since she woke up, the change had taken over. Her mouth looked the same, set in an almost there smile, and her nose remained. The smooth, warmly kissed complexion was nearly gone, her hair was a rich red hue that shined under the dimly lit bathroom light, and her face took on a dangerous beauty to it. It was the churning red hues of her eyes that scared her.

She pulled back from her reflection with a small smile, mumbling a hey of her own. Rayne looked like he took to the change better than she had. He was glowing, if that was possible.

His arm curled around her, distracting her from her obsessive attention to detail. “You look hot.”

“A hot fangirl.” He smiled at her pout and gave her a light squeeze. “Point is, you’re safe.”

“Forever. Tori won’t let anything happen to you. Neither will Sergio. You’re part of the clan now.”

It was the truth but she couldn’t shake the small weight of doubt. Her mother had found ways to get to her before. The Witch wanted to finally close the deal she made with her mother all those years ago. A soul for a soul. With the deadline looming, becoming a vampire seemed like the only solution. Rayne, Tori, and even Case agreed. They knew it was the only way to keep her alive but she didn’t expect her mother to give up so easily.

She offered up a nod but deep down she prepared for the worst. If the change didn’t kill her for a third time, her mother possibly would.

Celise rolled over with another snarl, trying to fall asleep despite the awful noise. How one little fan could be so irritating, she could never have guessed before now. But with the air conditioning out, it was the only circulation of air in the bedroom. If not for Liam, she would have smashed it with a hammer days ago. Rolling over again, her eyes narrowed angrily at the offensive machine. She was never going to get any sleep with or without the fan.

Giving up on the idea of sleep, she kicked back the sheets and made her way to the corner of the room. Liam slept peacefully, happy as a clam with the coolness that the evil contraption provided. It was possible that his hearing was just that weak that he couldn’t make out the horrible sound. Humans didn’t have the same level of hearing as she did. The slow beating of his heart was something she could could easily make out where as he didn’t even hear her get up. He didn’t even stir at the sound of late afternoon play. How lucky for him.

The fact he was getting such a good sleep worsened her mood. Kneeling down, she reached through the bars of Liam’s cage and gently pulled his arm out. If she was going to suffer this afternoon, then so was he. Tightening her grip, she waited until the pain receptors in his brain activated and woke him before giving him a feral smile. As the terror built in his eyes, her fangs elongated and she sunk them deep within the meaty part of his forearm. Most days, she was kind enough to make it more comfortable for him. The screams were almost as delicious as the warm liquid pouring down her throat.

Draining him until he passed out from pain and blood loss, she dislodged herself from the wound and dragged her tongue over the bite marks. “Soon.” She murmured, blood dripping down her chin and onto her bare legs. “Soon I’ll have a new blood whore.” Patting his cheek, she dropped his limb to the floor before crawling back into her bed. The afternoon snack was enough to lull her to sleep. A few more hours before nightfall and then she could start looking for a new pet. This one was going to expire.

I’ve taken up a new Challenge for the next 100 days~ Each day I’m going to try and write about a new Mythical creature. Today’s was just a small start with Celise and her boy-toy Liam. Tomorrow is another well known creature, the Werewolf.