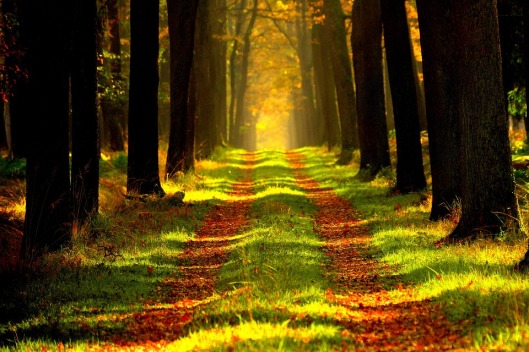 The stillness of the night made the sounds of pounding boots and stifled groans echo through the thicket of trees. After being swindled out of their money, the group of seamen laid in wait for the mastermind behind it all, and when they caught him, they brought him to a well secluded place. The townsfolk stayed away from the woods that surrounded Shoreditch, and once they were sure nobody saw them, the men placed their own version of punishment on the man who jerked and writhed as their boots made contact with his torso.

The band of sailors paused long enough in their torture and laughed. The small intermission gave Jean enough time to crack his un-swollen eye. The blood and pain made his vision blurry but even in the darkness he knew the ring-leader. Jean pushed himself up, through the pain and rattling in his chest, till he was finally on all fours. His throat tightened with every second that passed but he refused to be the rock they kicked around for sport.

His onslaught of coughs, gasps, and strangled breaths got him more laughs.

“He’ll be dead by morning.” One of the men stepped closer to him. Seeing the dull toe of one of the boots just near his head, Jean spat out the mix of spit, bile, and blood. The act made him wince, but he knew it hit. If the roar of outrage wasn’t enough of a sign, the swift kick to his gut was.

Jean smirked just before another series of kicks connected with his already bruised and bloodied body. There was no more laughter or goading from the men above him. I won, he thought at first, but then he noticed there was nothing from him either. There was no more pain or ringing in his ears.

I’m gonna die. Internally he laughed at his own fate. And I never told her . . .

A soft warmth gently wiped and patted his forehead. Too soon it moved away but as soon as he registered it was gone, it returned.

His body burned from the inside out, making even opening his eyes impossible, so he mentally thanked whoever it was and gave into the blackness again.

When he came to again, there was no gentle cloth at his skin or soft whispers. Jean slowly opened his eyes. The ceiling wasn’t his own. That much he knew even with a possible concussion. But it had a vague sense of familiarity he couldn’t place.

Rose. He tried to call her name but nothing came other than a forced rattle of air.

“Shhh, you’ll make it worse.” Rose dropped whatever it was she carried onto a table and hurried to his side. Her hands roamed over him as if to check to see if he did anything to actually make his injuries worse. An act he would have joked about if he wasn’t in pain down to the depths of his very being.

“-Ooose” Jean forced out what he could, a smile already playing on his bruised lips. At the very least he wanted to thank her but when her eyes finally met his, his heart sunk. The tears in her eyes were his doing.

“I told you not try. I beg of you, this once, please listen to me.”

Despite the agonizing throb of pain that shot through him, Jean gave a small nod and closed his eyes. He could listen, if just the one time. He’d obey her every command. He’d be the best patient the town ever had for her, and as soon as he could, he’d make it up to her.

Time passed, healing Jean and whisking away the last of the rumors of what happened to him. Rose took care to keep all the whispers about it from him but he still caught pieces of stories when he was finally able to walk on his own. The men nearly killed him, that much he knew without the help of town gossip. He still remembered the cold feeling of choking on his own blood and the sound of breaking bones.

Shaking it off, he looked over his shoulder and smirked. “Just a bit further and then you can open your eyes.” He squeezed Rose’s hand, smiling softly at her sulking, and looked ahead so he wouldn’t trip them both.

“Jean, where are we going?”

He chuckled at her impatience and again at her clear sigh of annoyance. “I beg of you, this once, trust me.” Jean glanced back at her. The words weren’t the same but they were enough. He saw the recognition on her face just before it softened and she gave in.

The field was hard not to know even when blind but he was sure she couldn’t tell which direction he picked or where exactly he guided her to, not till he stopped her and let her open her eyes.

“Thank you, Rose.” Letting her hand go, he stepped to the side and watched her closely. The woods around them were the same as always but he knew it was where he nearly died, and where she saved him.

“Rose, is there any secret I can’t get under?”

Her cheeks went pink and he smiled. “You’re right. This is no way to thank my guardian angel. However, I believe I could do it better if only I had the right tools.” His smile grew as he walked around her, earning a curious glower. “Or perhaps the right motivation.” He stopped before her and tapped his lips. “Care to try?”

He watched as her cheeks reddened. Counting down for the inevitable lecture for being a charmer, he was ready for her when she tried to turn away from him. “No,” he spoke gently so not to spook her, “I have to thank you and I must do it right.”

“What is this about?”

Jean tapped her folded arms then hurried behind one of the larger trees only to return with a picnic basket and a handful of books. “I have mandated that today be Angel Appreciation Day.”

“Jean,” she tried to stop him but he only shook his head.

“I’ve spoken to Bridgett and your father. You’re shifts are being covered by somebody else and your father, well, who could resist my begging.” Setting the things down and spreading out a sheet he snuck out of the tavern, he smiled up at her. “It’s just one day, Rose. I promise you can be a proper lady tomorrow.”

A telling smirk replaced the more innocent smile. “Then I have been a bad influence.” Rose laughed and Jean helped her down next to him with a chuckle of his own. “But honestly, thank you.”

She blushed lightly and Jean handed her a book while the rest of the words rested on his tongue: My life is yours, now more than ever. I won’t waste it.