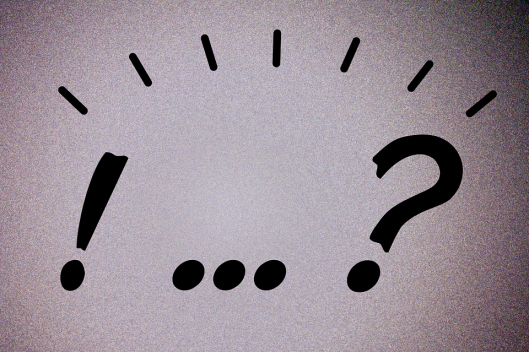 Earlier this week I read The 7 Elements of a Bestselling Novel and I knew I had to share it with you (and a bit of my two cents). Adrienne Crezo is a managing editor of Writer’s Digest so I’m sure she knows what she’s talking about but I’ve been reading for a good nineteen years of my life, and I like to think that gives me a good eye too. I’ve read books that went on to become major motion pictures (some decent and some not-so-much) and others that will only be a moving feature in my dreams.

I think we all remember the moment when we picked up our first Harry Potter book. It was a rush. By the time I finished it, I felt like the book spit me out of its magical world to be dazed for months afterwards. But what made it so enchanting? Why did children around the world want to jump back into that world of witchcraft and wizardry?

Crezo lists readability, strangeness, controversy, big actions with big consequences, nuance uniqueness, extreme situations, and reasons to care as the essential elements to a bestseller. Looking back, I think we can all agree J.K. Rowling nailed each point. We had readability to the point that we never wanted to let the book out of our sight till we were able to close it for good. We were captivated by the strangeness of magic and the reinvention of wizardry. If that didn’t faze you, the concept of a school for witchcraft and wizardy certainly did or maybe the various modes of transportation that got the students to and from school did you in. It was all a fun, re-energized, concept and though it was just magic, in comparison to our mundane muggle lives, it was strange and exciting.

We traveled with Harry as he dealt with betrayal, lies, secrets, murder, theft, death, hatred, love, and even war. Though those words seem so small, they held so much. We witnessed inhumane cruelty and wondered if our favorite professor was indeed gay. We took a step back to wonder if we could liberate a group of people with cute buttons on our shirts too. We contemplated if villains could be heros in wolf’s clothing. Then there was the Dark Lord himself. He was a bundle of just about every element and, you know what? It worked.

Okay, so we all know about the Boy Who Lived, but what about Damali Richards? If you’re a vampire lover, you may know about The Vampire Huntress Legend series, written by the late L.A. Banks. We follow a team of vampire hunters as they set out to protect the world from the evils of the underworld. Absolutely nothing out of the order so far, right? Well, how about if I tell you the leader of the team is a Neteru (in this case a woman who is chosen by heaven to fight all creatures Hell spits out) and the rest of her team are known as her Guardians. The plot thickens now, doesn’t it?

They’re all skilled fighters, gifted in one way or another, play as a rock band, love leather and motorcycles, and they eventually have to tackle the rebirth of Cane and the threat of Armageddon. Not to mention, we get to see Lilith as the first of the vampires and the mother to the anti-christ and Eve as the first Neteru and savior of mankind. I’m not going to go into what a Neteru really is, because that’s spoiling all the fun, but I can say that L.A. Banks pumped this legend full of controversy when she wove religion so deftly into each paragraph and chapter. Past that, we have tragic romance that no matter how bad things look, you can’t help but root for them and then hold hope in both their destiny and Banks’.

You grow to care about each member of the team. You yearn for them to find some happiness in the dark side of the world that they have to trudge through. You want to shake them out of their depressions, cheer them on when they get their grit and bite back, snarl at the ones who rip the tiniest gleam of light from them, and hug them when all hope really seems lost. Then, when you look past the characters, you find a reason to care about the cause too; they’re risking their lives, happiness, and love so mankind can remain blind to true evil. They’re fighting when nobody is watching and they’re doing it with nothing but the basics of weapons and faith. By the time you finish the first book, you can’t help but empathize with the characters and feel a part of the story.

If we’re talking nuanced uniqueness, we have that. They’re vampire hunters, sure, but they’re also the Neteru team who can bring down Hell, can communicate with heaven, travel to and from Hell, and deal with real world horrors, which brings us to extreme situations. Banks’ was not afraid to push the envelope in the least. At one point in time, it got so close to rape that my stomach twisted and then in another area I feared for pedophilia but it pulled away from that murky water just in time, thankfully. And if you want an example of big action with big consequences: our main character is faced with standing on her feet to fight or  mourning two major losses and turning her back on heaven and their orders. Should her faith waiver, the Devil wins and Armageddon begins but should she fight, the world has a chance. Sounds pretty big to me.

I always found it a shame that this series wasn’t well known. Unlike Rowling, Banks wrote for adult audiences so it’s not hard to see why. Either way, I’ve come to believe that the 7 elements Crezo listed are an intricate part of novels worth bragging about.

I’m going to dust my manuscript off and compare notes now.

P.S. It’s been a long time since I’ve read The Vampire Huntress Legend so I honestly can’t remember the full scope of what a Neteru is. Whoops….But that means you have something to add to your reading list. You’re welcome.